Having finished our 6-month journey, during which we visited 12 countries  (Myanmar, Thailand, Laos, Viet Nam, Australia, Indonesia, Sri Lanka, Malaysia, Japan, the Philippines, China and Nepal), we often get questions regarding the cost of such a trip. In this post you will find information that will help you to realize that you don’t need a lot of money (which does not mean you need very little of it) to make your travel dream come true. Of course now we can call ourselves smarter and advise you which country you could skip right away if your budget is very limited; and this does not mean that it must be Australia, which many people associate with gigantic travel expenses! Sit back comfortably and make yourself decide after reading our tips whether a long travel is something you could go for taking into account various destinations and travel costs:) 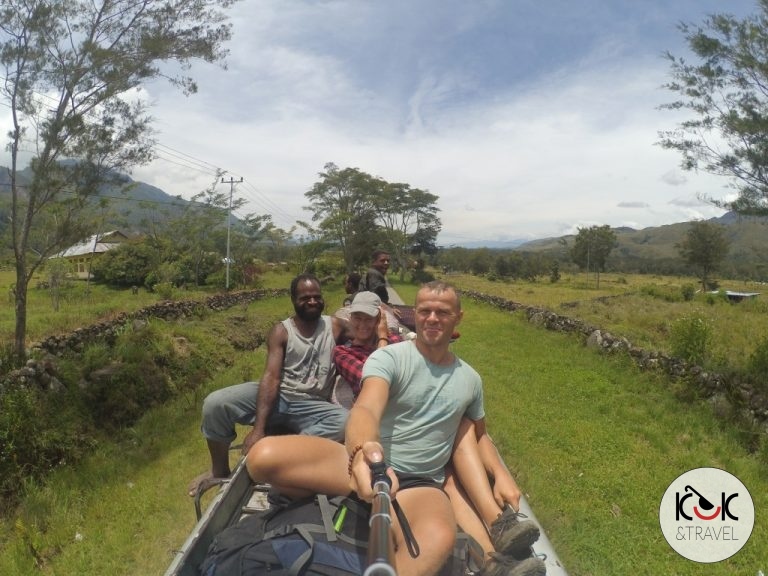 END_OF_DOCUMENT_TOKEN_TO_BE_REPLACED

It could seem to any of us that Easter should be celebrated by Catholics in the same way anywhere in the world. Well, it’s definitely not. You do not have to search far to spot some differences. Go to Spain to see at least one of the Holy Week’s processions and you will experience a completely different Easter atmosphere. We did this 2 years ago, but this year we wanted to spend Easter in the Philippines, where you can observe local people during specific celebrations performed on a large scale too. On Good Friday Catholics anywhere in the world commemorate the death of Jesus Christ – that’s the fact. In Poland we have the Liturgy of Word and then – adoration of the cross, whereas in the Philippines (especially in Luzón Island) many men participate in a procession/parade, during which they whip themselves and stop along the way visiting chapels one by one until finally they fall to the ground at the last one with their arms stretched out and whole body forming the cross; then after 1pm a crowd of people is waiting for the performance of the scene of the Passion of Christ (an actor playing a role of Jesus and the other two convicts are literally nailed to the cross, and after the “event” they are taken to hospital). So in a nutshell, this is what we saw in Angeles City, where we decided to stay for 2 nights. Initially, we had wanted to go to San Fernando, where in the nearby ​​Cutud there is a big ”spectacle” taking place including scenes of whipping and crucifixion every year, but we finally chose Angeles to experience it more locally. You’ve probably heard lots of stories about people coming to the event groaning and yowling during the crucifixion performance which is described as the most profound experience for them during Easter time (BTW forbidden by the Catholic Church). We have a slightly different impression from the mentioned performance in Angeles. Sharing our experience with you here below. 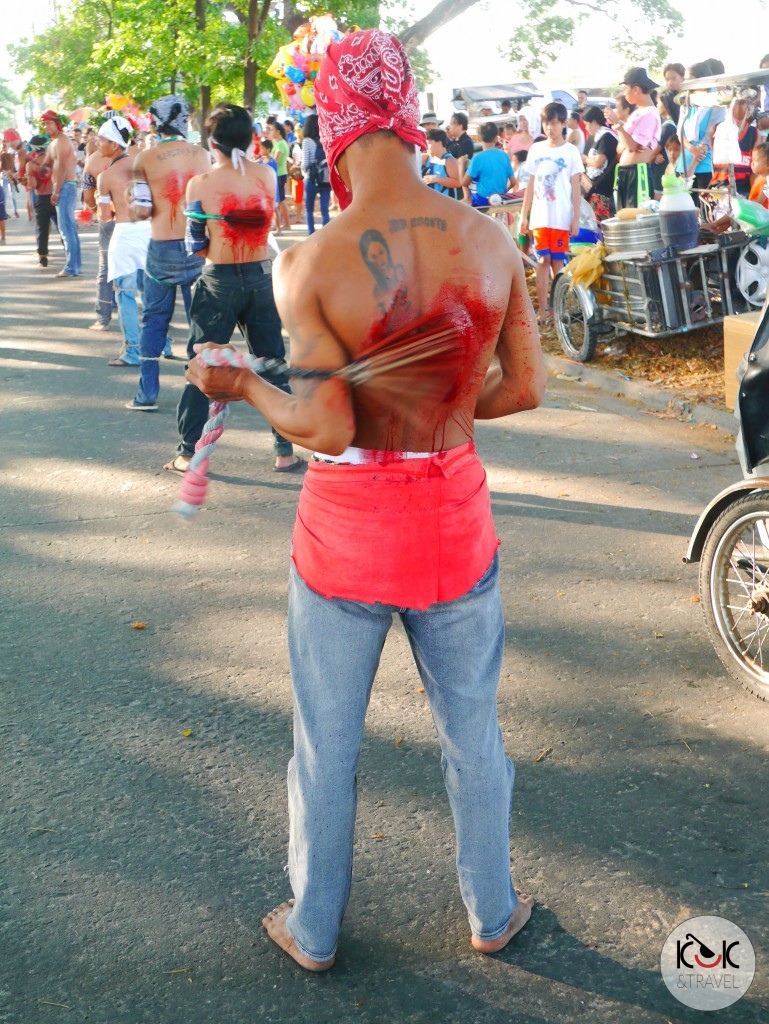 END_OF_DOCUMENT_TOKEN_TO_BE_REPLACED

Saying: ‘The Philippines’, thinking: Tarsiers and Chocolate Hills! And you can find them on the same island – Bohol is its name! You cannot skip these 2 attractions – being an indisputable symbol of the Philippines! 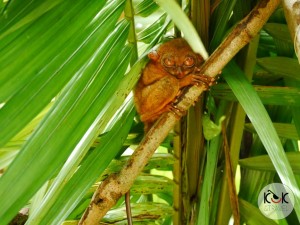 END_OF_DOCUMENT_TOKEN_TO_BE_REPLACED

In the famous resort of El Nido on the Philippine island of Palawan one of the most popular excursions that are picked by tourists is a 1-day boat trip. 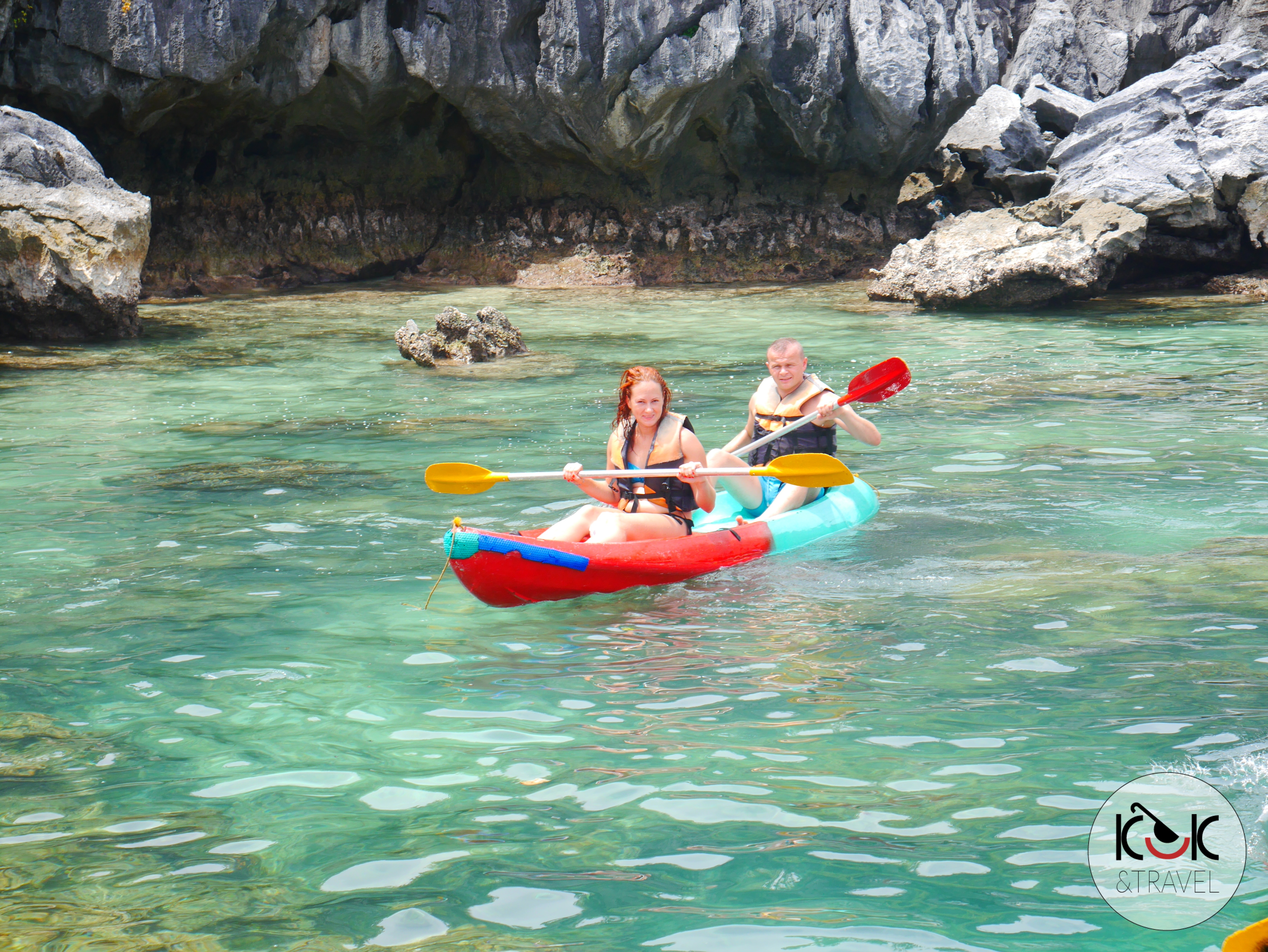 END_OF_DOCUMENT_TOKEN_TO_BE_REPLACED

Reading the posts on the internet describing the Filipino cuisine, you can easily become discouraged to eat in the Philippines right from the start. Personally, we think there are various alternatives to choose from. If you’ve tried a  dish that doesn’t go with your taste, no worries, there are other culinary options to satisfy your stomach. Michal as a chef got even inspired by some dishes and decided to use this inspiration in the future.. 🙂 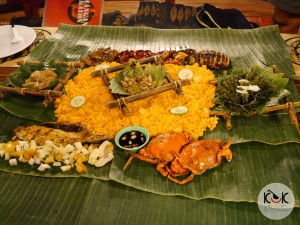 END_OF_DOCUMENT_TOKEN_TO_BE_REPLACED

In the Philippines there are many snacks and dishes that arouse great controversy. Filipinos like giblets, they throw kidney, liver, heart of a pork to a soup, eat chicken feet (so-called Adidas), they impale pig and chicken intestines on sticks and put them on the grill, they sell ‘balot’ on the stalls (a popular duck egg which in fact contains its embryo). Similarly as in Cambodia you can also find here some fried worms or those already dried which can be purchased at the usual supermarket in a small plastic bag (they taste like crisps and are very cheap).

END_OF_DOCUMENT_TOKEN_TO_BE_REPLACED

It seems that the most difficult is the first step … And the first post! As everybody is afraid of the unknown and undiscovered. Especially when you need to leave your orderly life. But there comes a moment when you simply know that you must do this! So this is why one day we quit our well-paid jobs, resigned from buying a new car and from other conveniences and decided to set off on a journey to Asia. It started from 2-week expeditions, e.g. to Indonesia, Cambodia, Malaysia and Sri Lanka. And this step led to many others which we don’t regret at all. That step also made us to create this place – a space for commemorating our expeditions, stories about the unknown tastes and sharing impressions from our adventures. 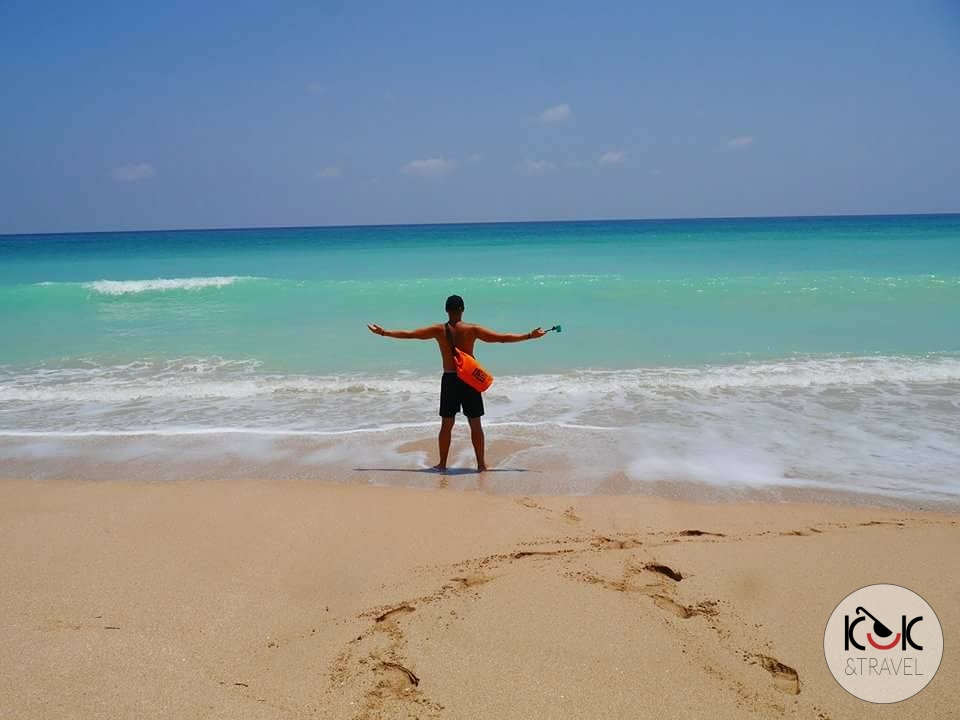