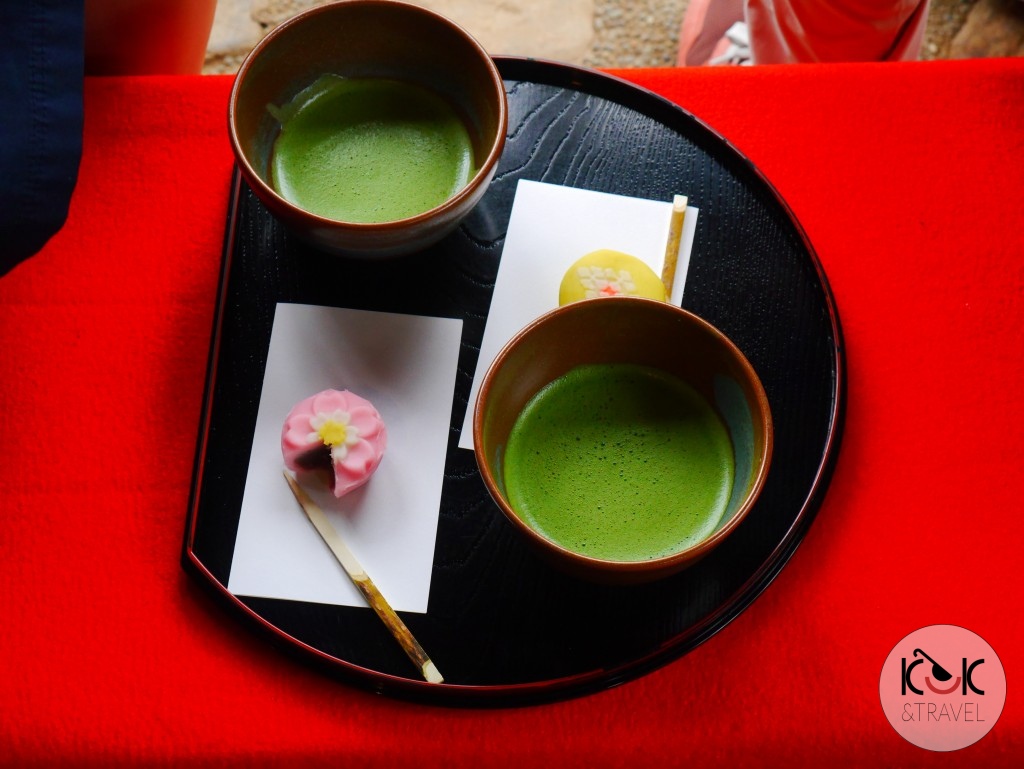 Japan is not just sushi. For us the keyword for describing Japanese reality is matcha, a powdered high quality green tea, which is used as an ingredient in myriads of products and dishes, especially sweets, to which it gives an intense green color and a characteristic taste. You can discern the Japanese green tea powder madness in at least 10 types of Japanese products! Green tea powder is obtained by grinding tea leaves from its first spring harvest. Matcha is the world’s healthiest green tea, rich in catechins (antioxidants), believed to be anti-tumor, antiviral and beneficial for the heart. The matcha tea ceremony itself is called Chanoyu, which is actually nothing special. What seems the most interesting and impressive at the same time is the extremely widespread use of matcha in Japanese culinary world! 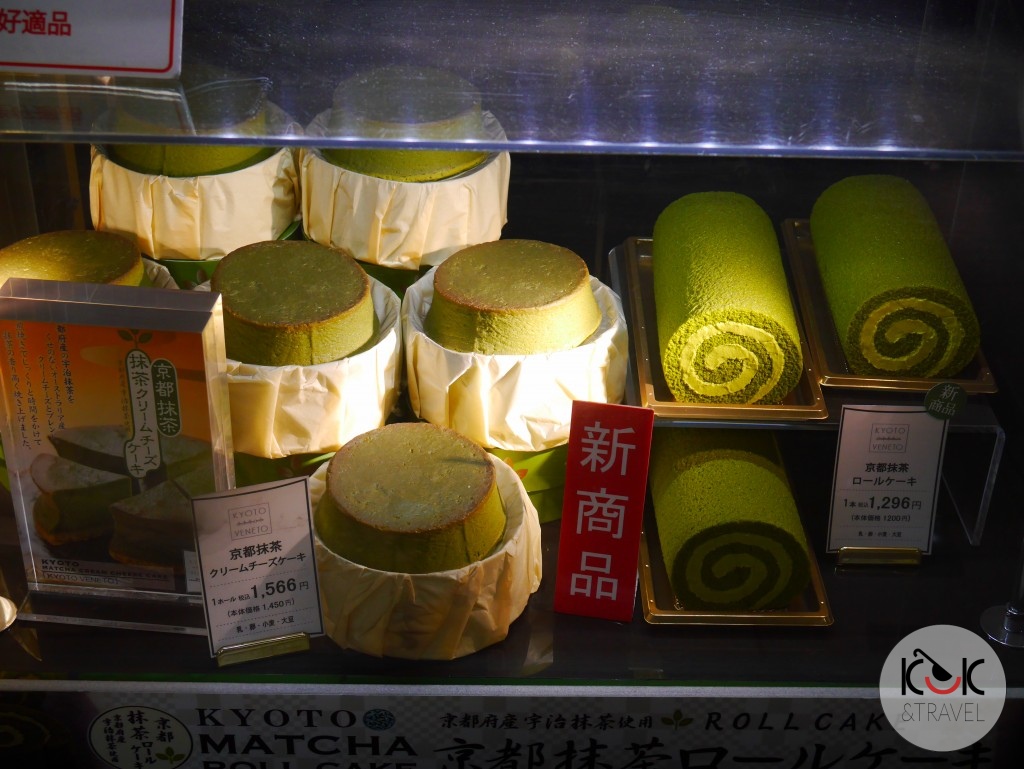 “Green tea powder” does not sound particularly encouraging looking at today’s world’s healthy food preferences. Normally everything that is powdered is associated with something artificial, unnatural and is immediately perceived as a part of unhealthy nutrition. Matcha can not be assigned to this category. This tea, due to the complete grinding/powdering of its leaves (rather than brewing them and then throwing them away during a standard green tea brewing) gives the human organism a much higher dose of catechins than the plain green tea. In Japan drinking matcha can be especially enjoyable in some climatic tea shops located in gardens in Kyoto and Tokyo. They serve it there in a large bowl and you get a sweet cookie as a snack: 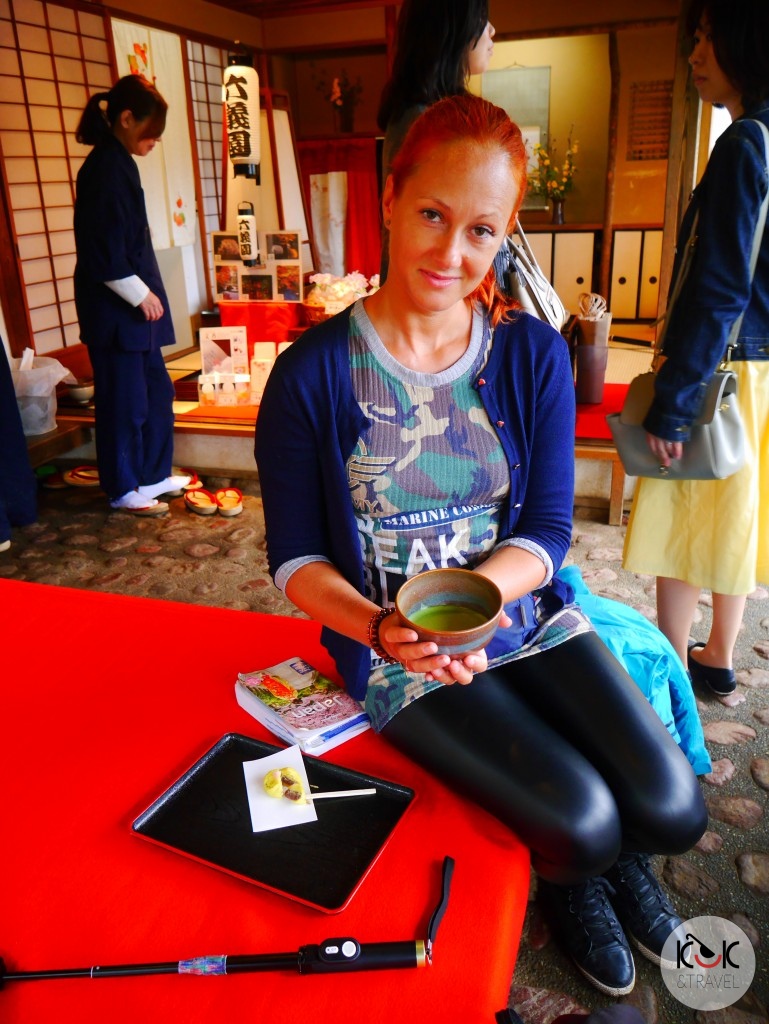 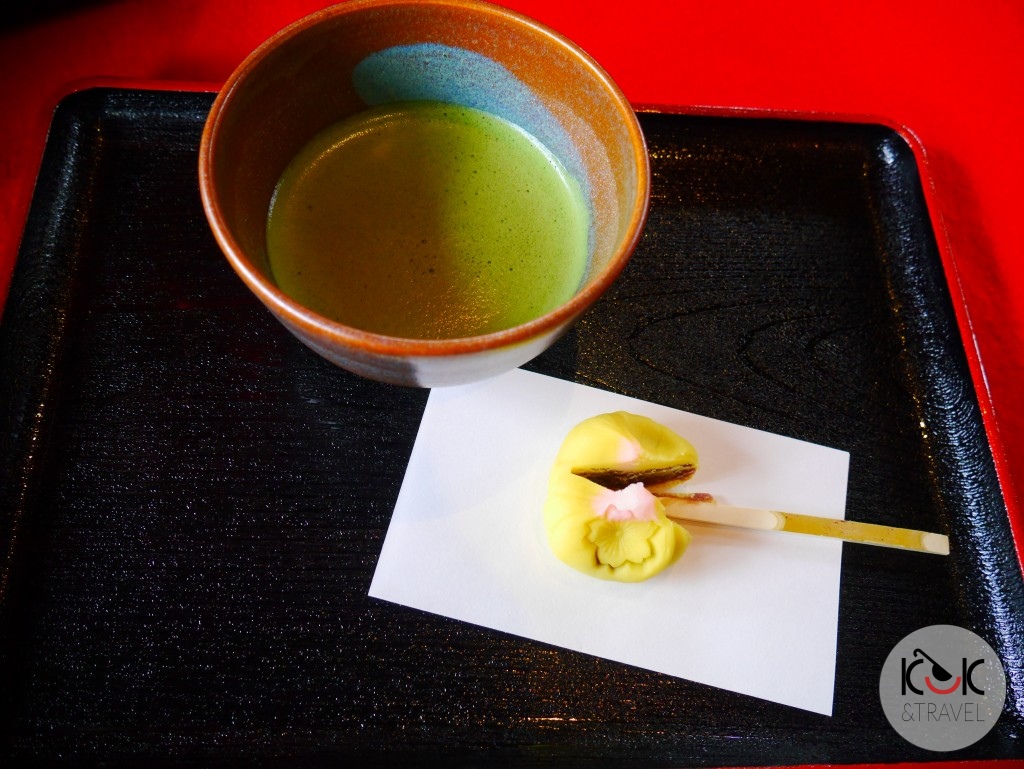 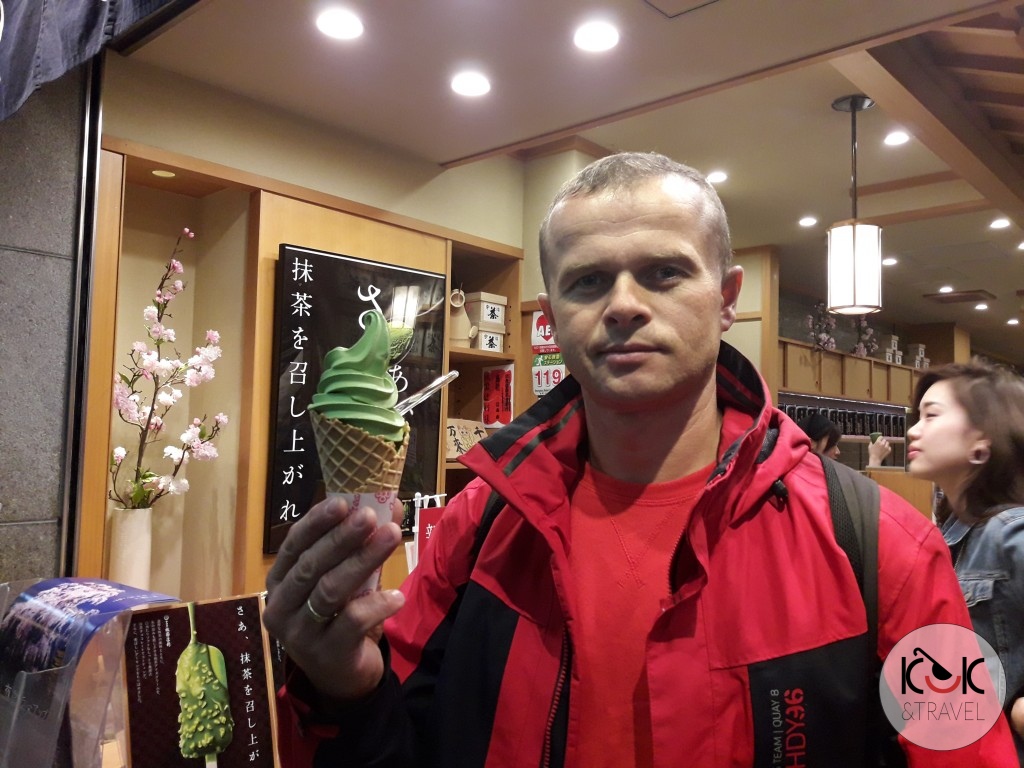 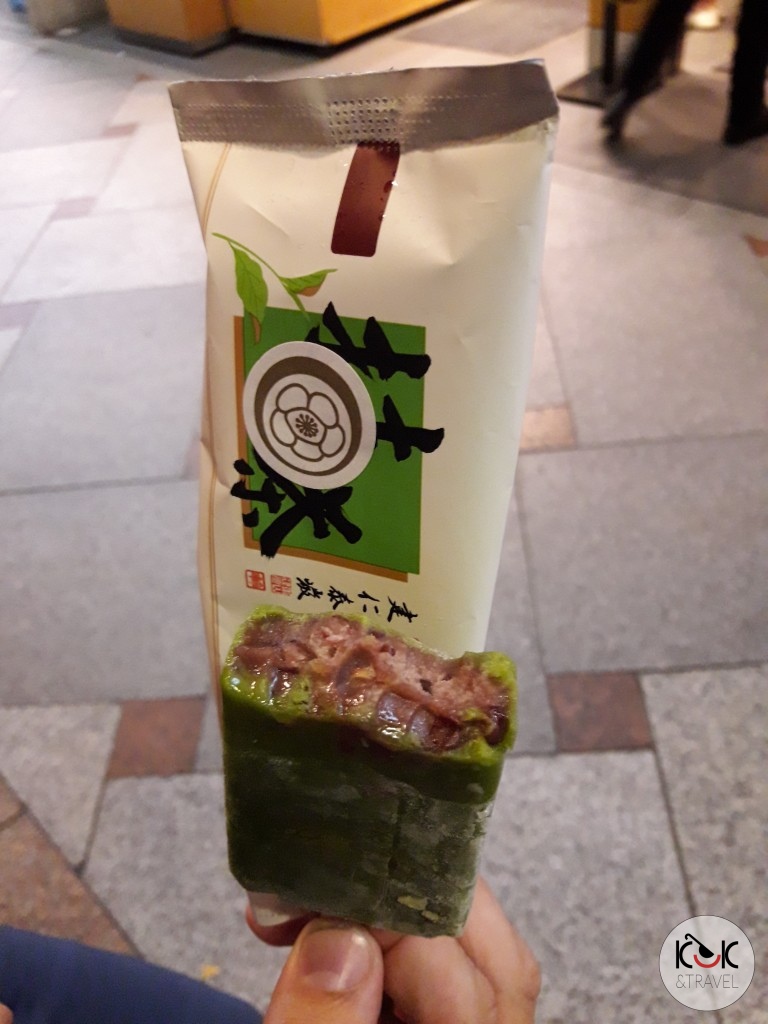 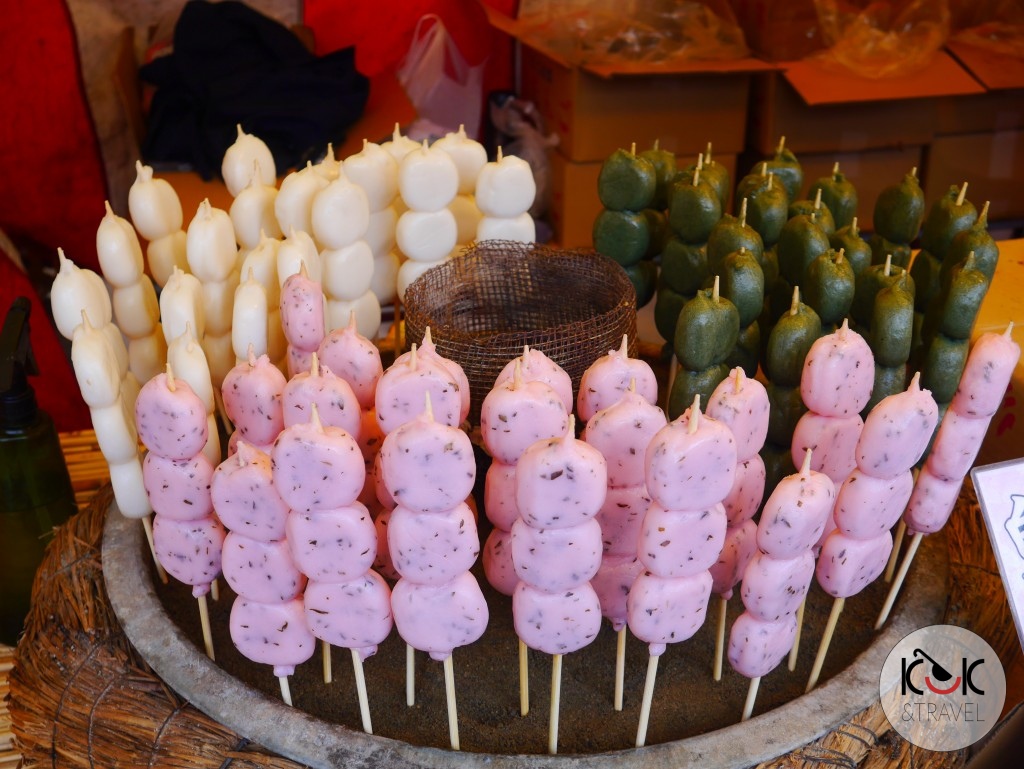 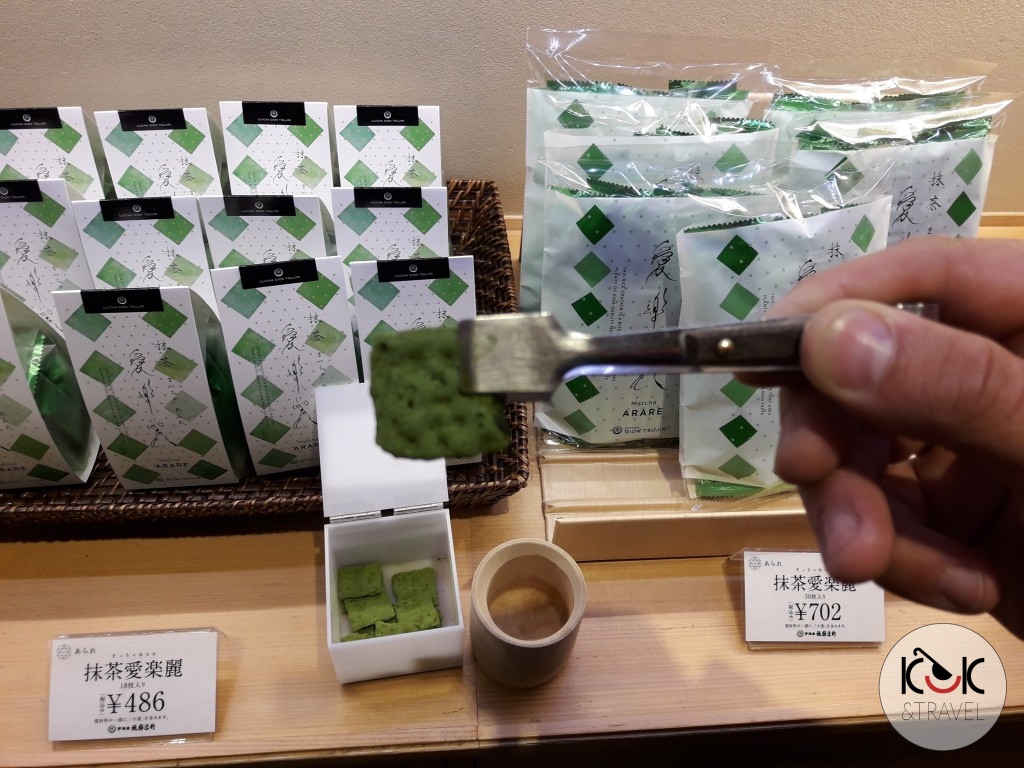 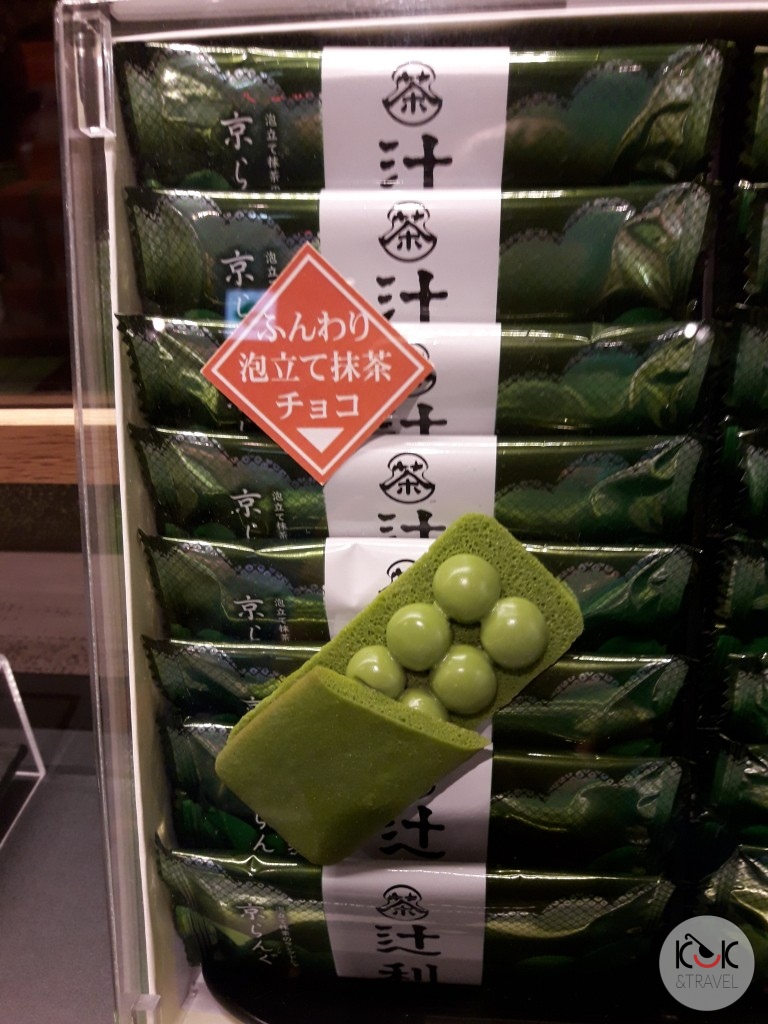 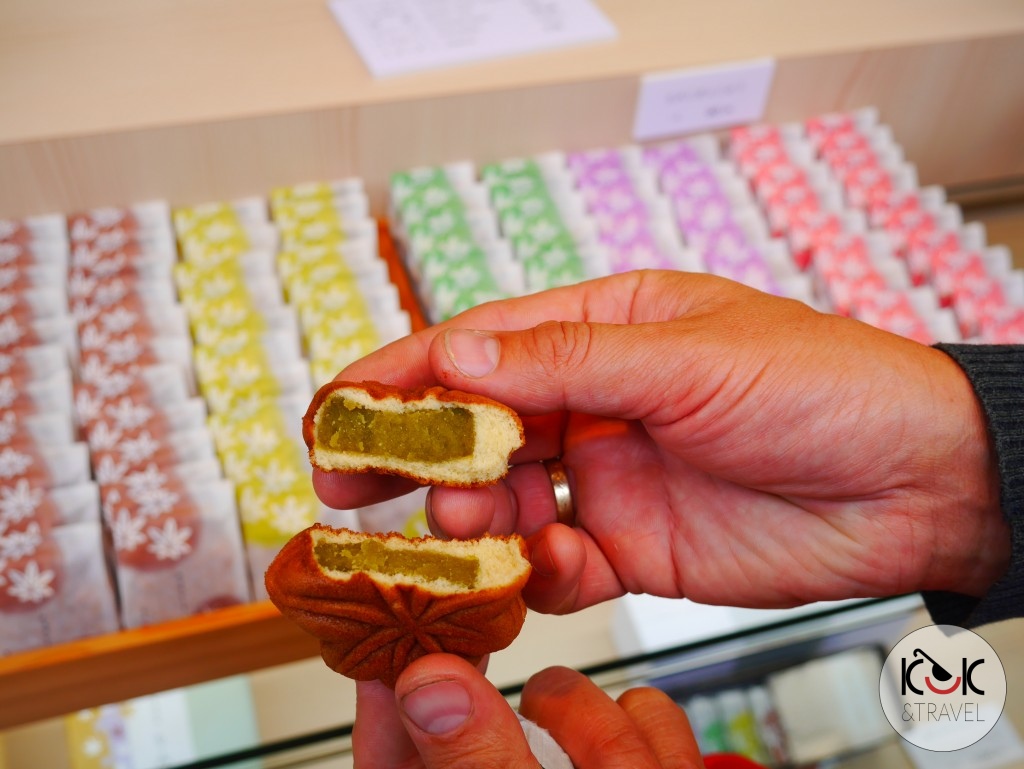 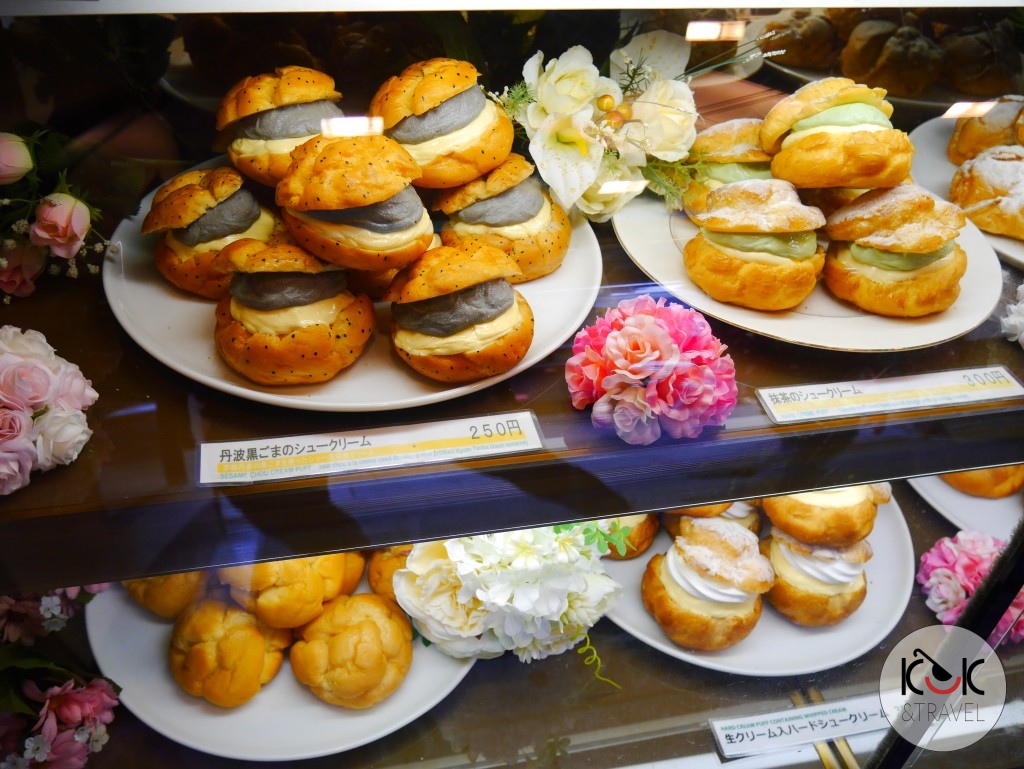 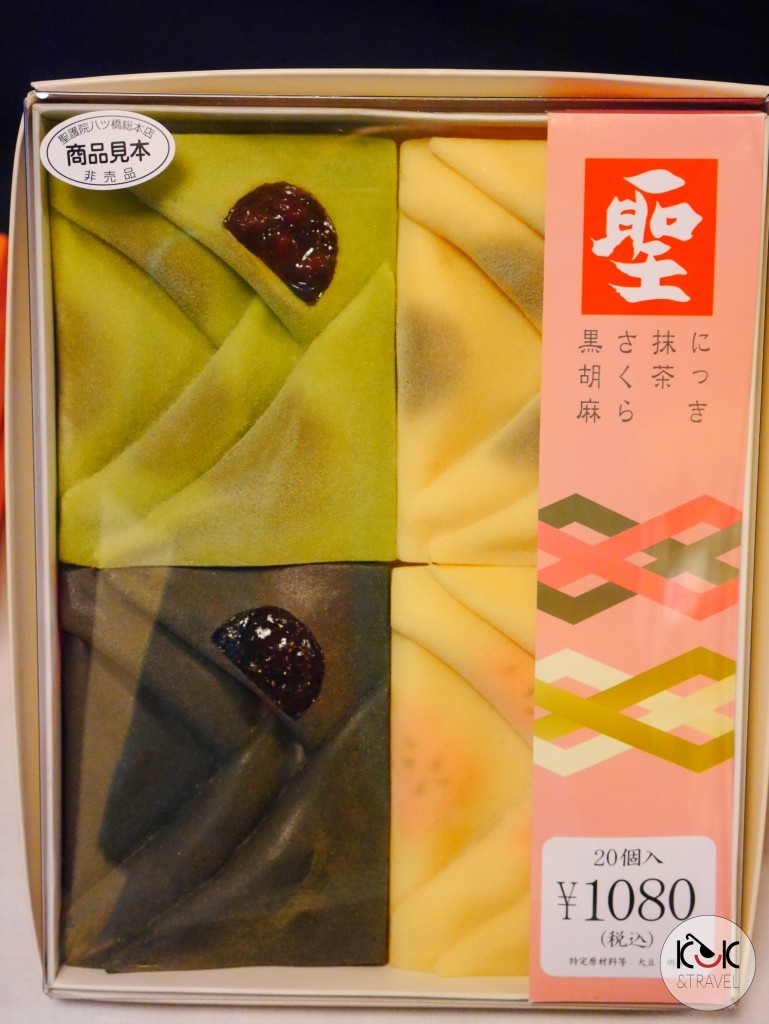 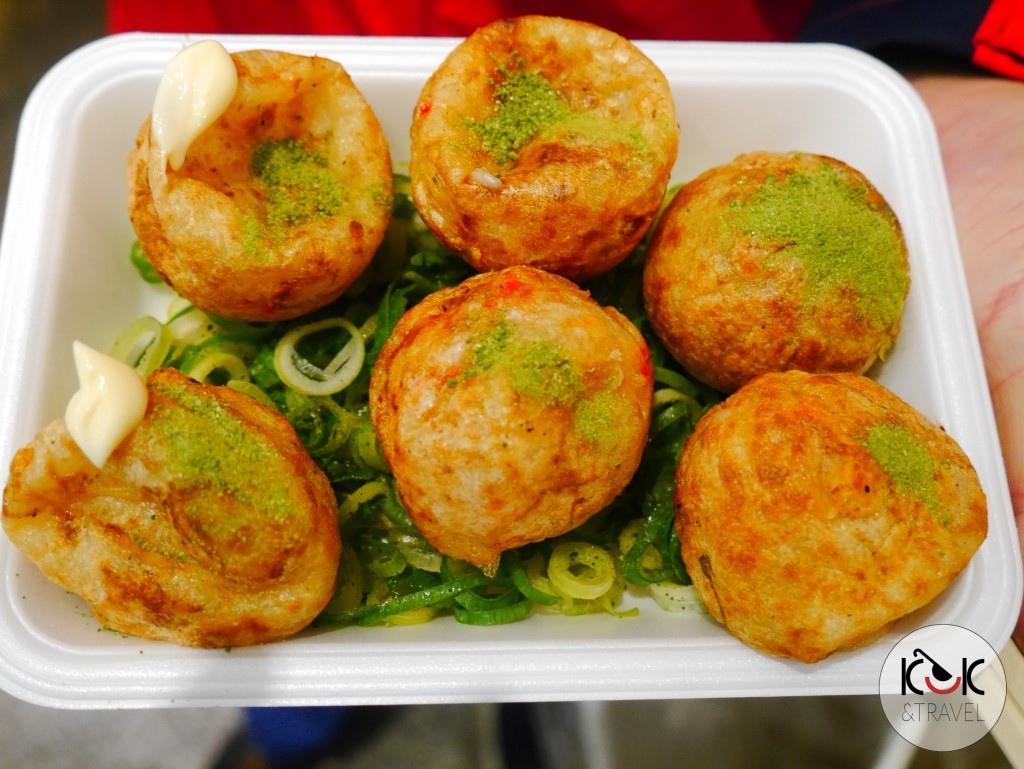 Japan is a paradise for those having sweet tooth. The green tea powder is an ingredient of a plethora of cakes, jellies, pudding, even KitKat products (!), biscuits; sponge cakes have a green tea stuffing and you can even drink something similar to ”cafe-latte” called Kyoto Latte made of green tea and served cold or hot depending  on your preferences:) 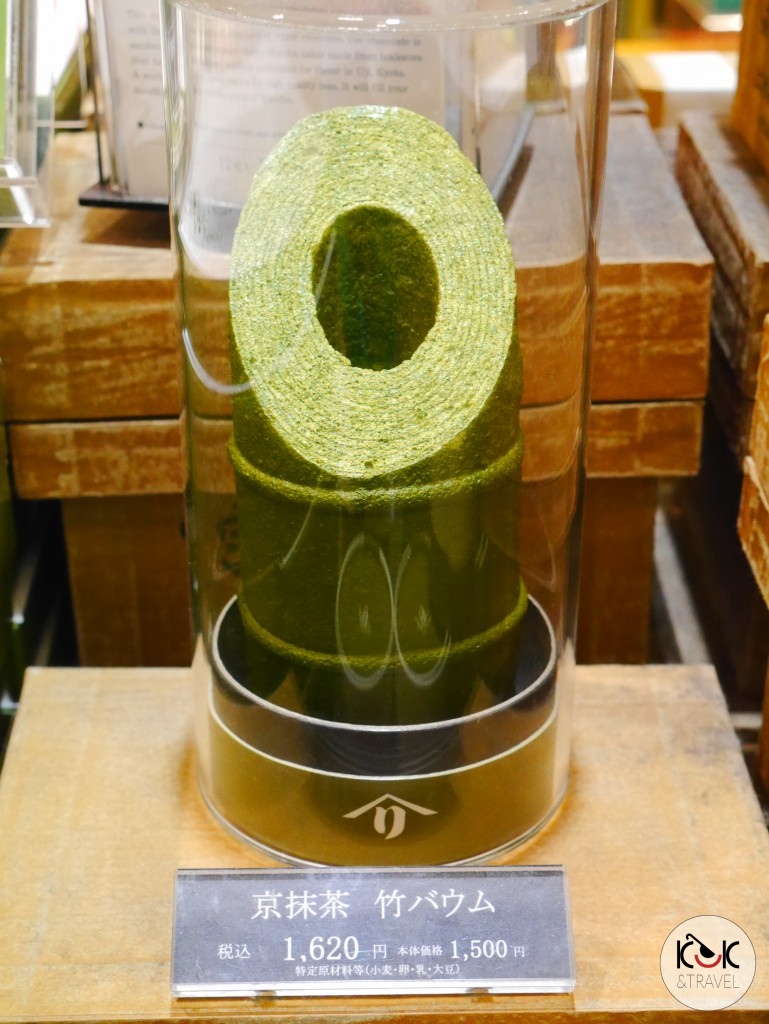 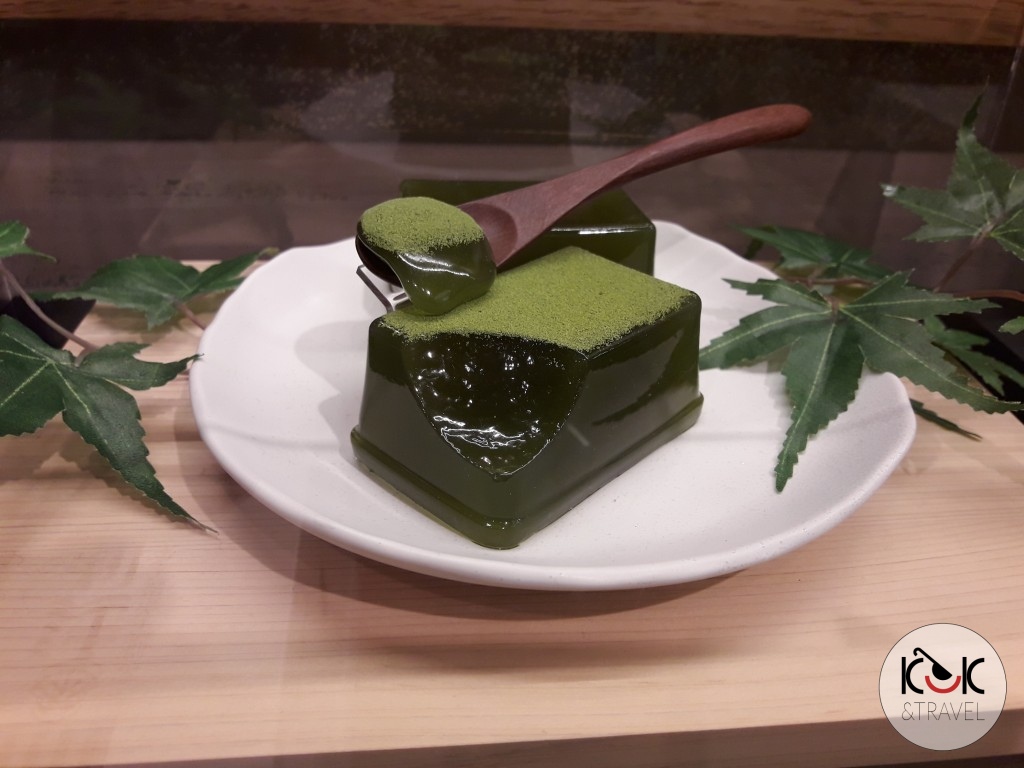 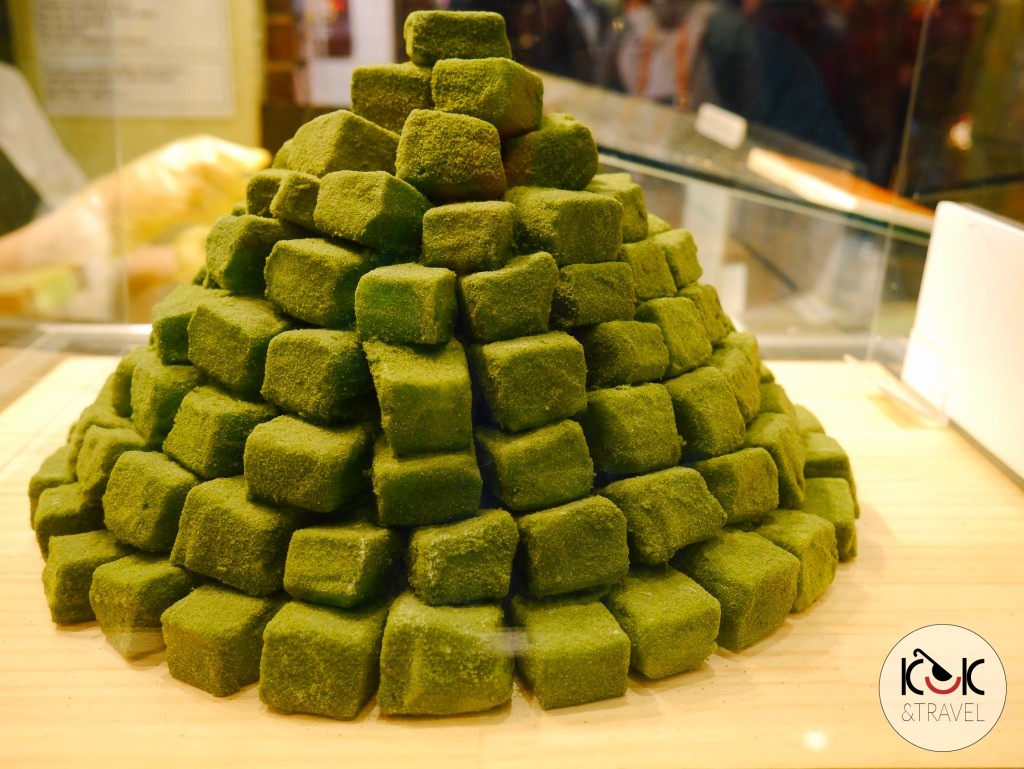 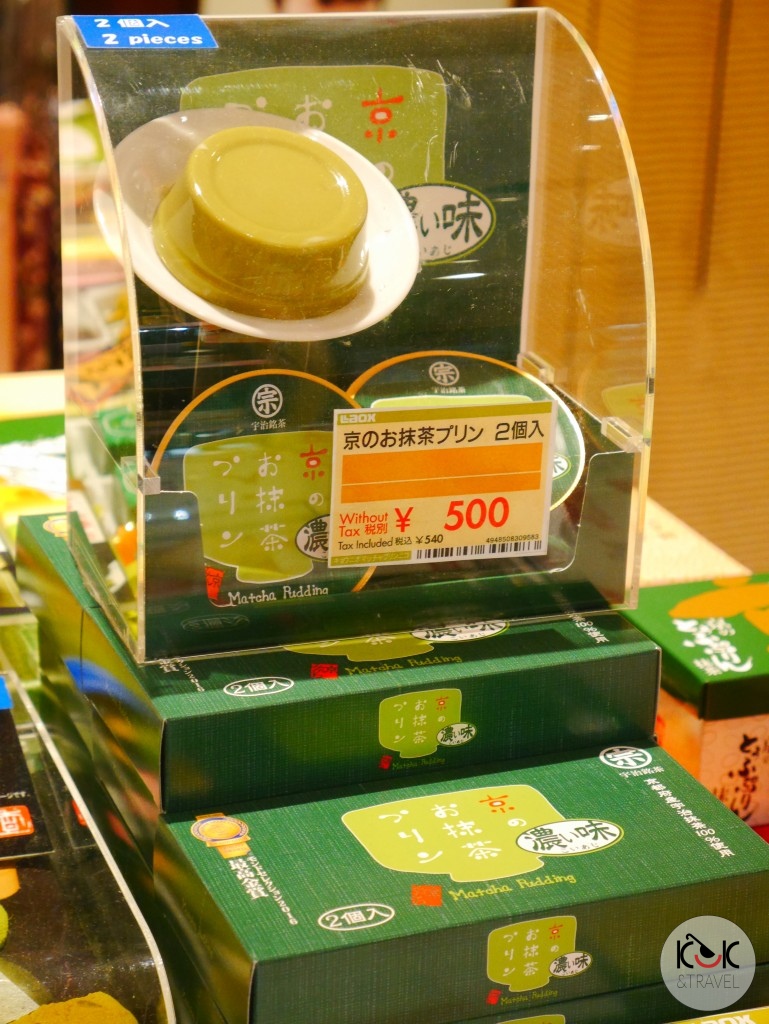 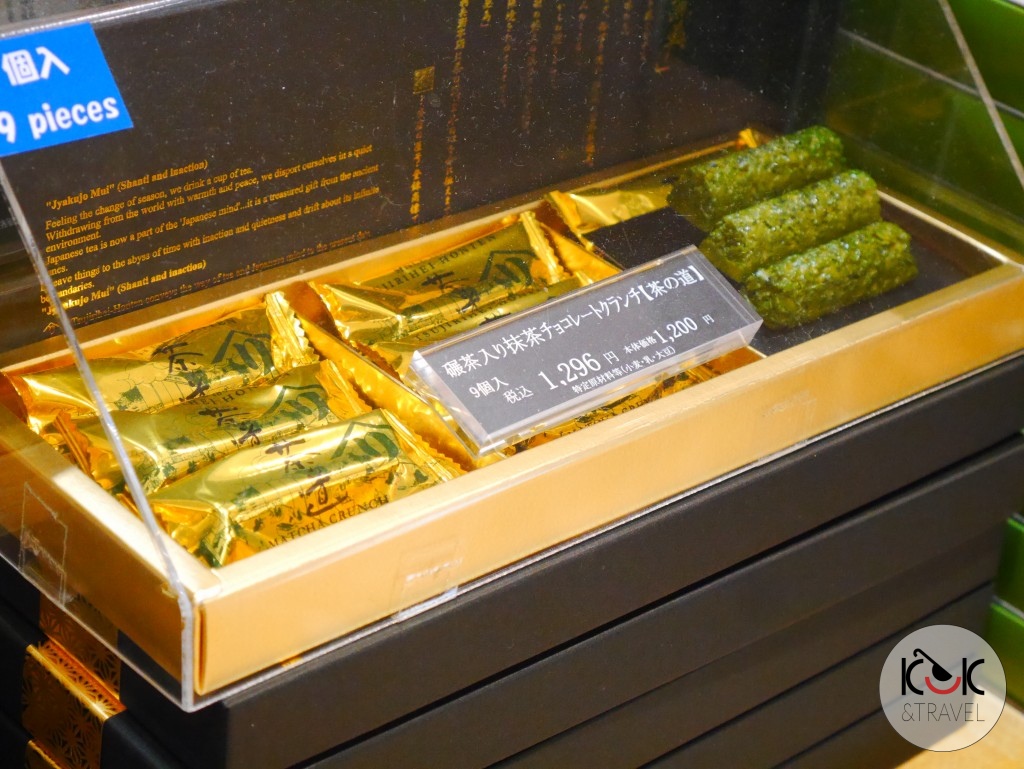 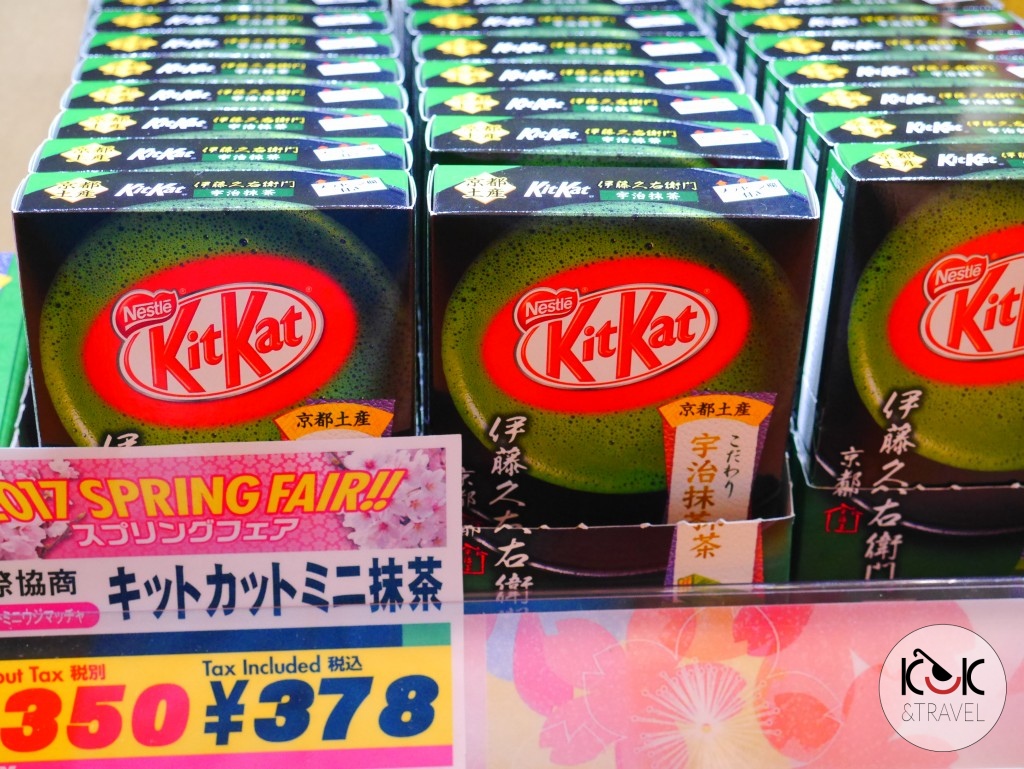 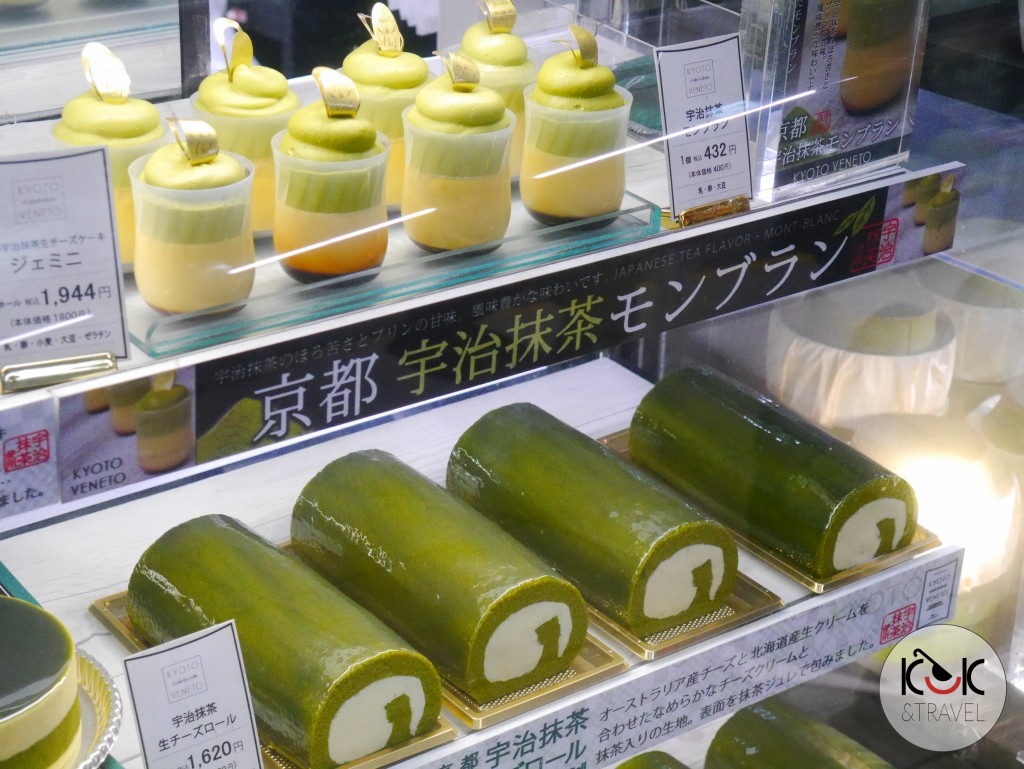 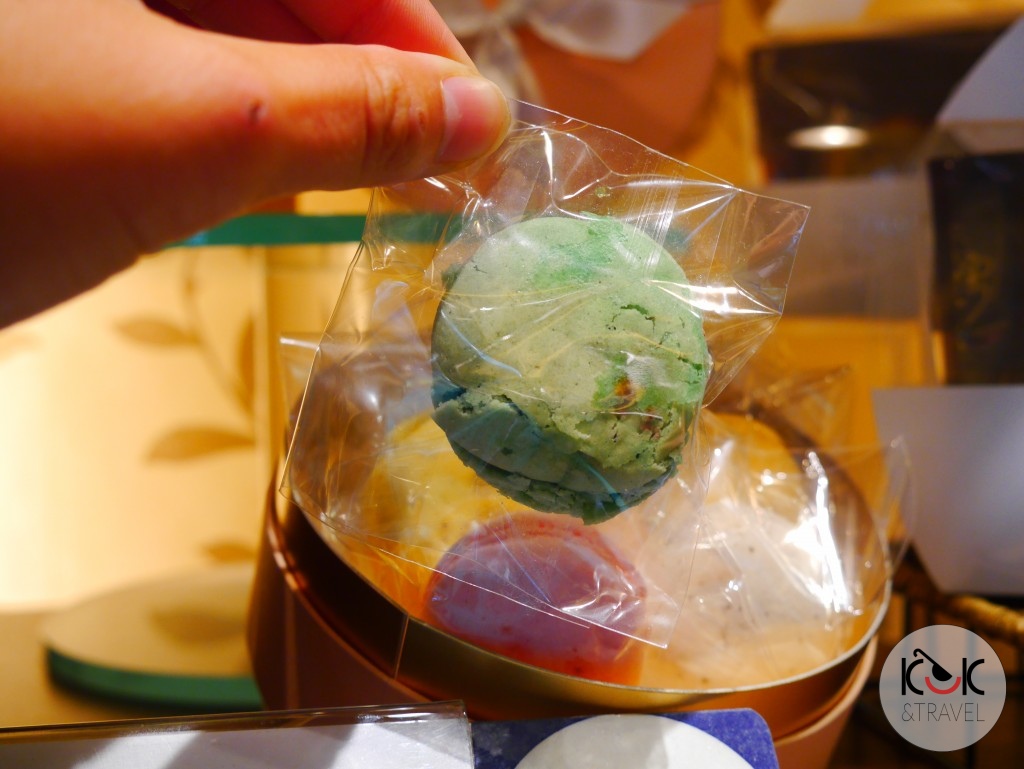 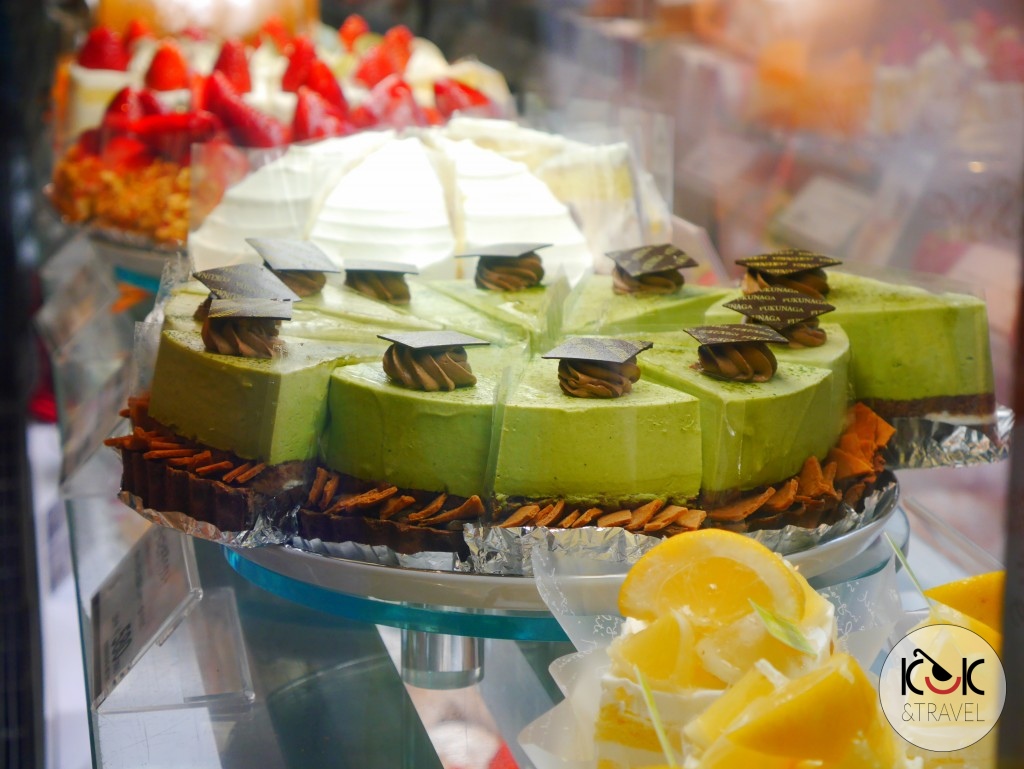 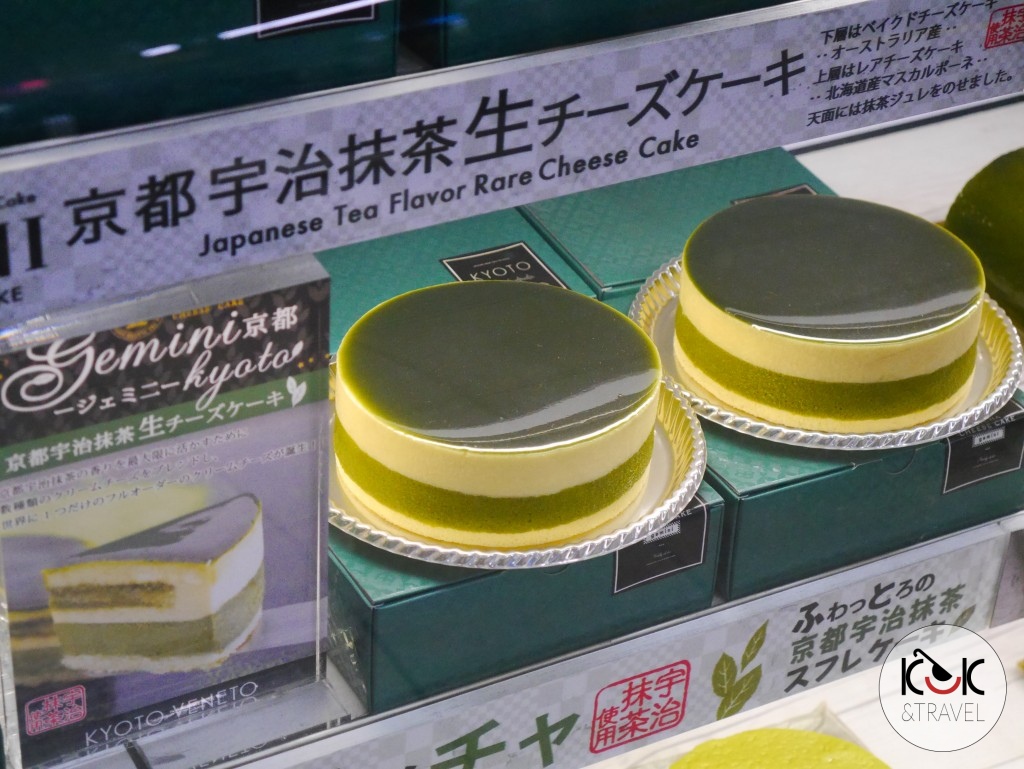 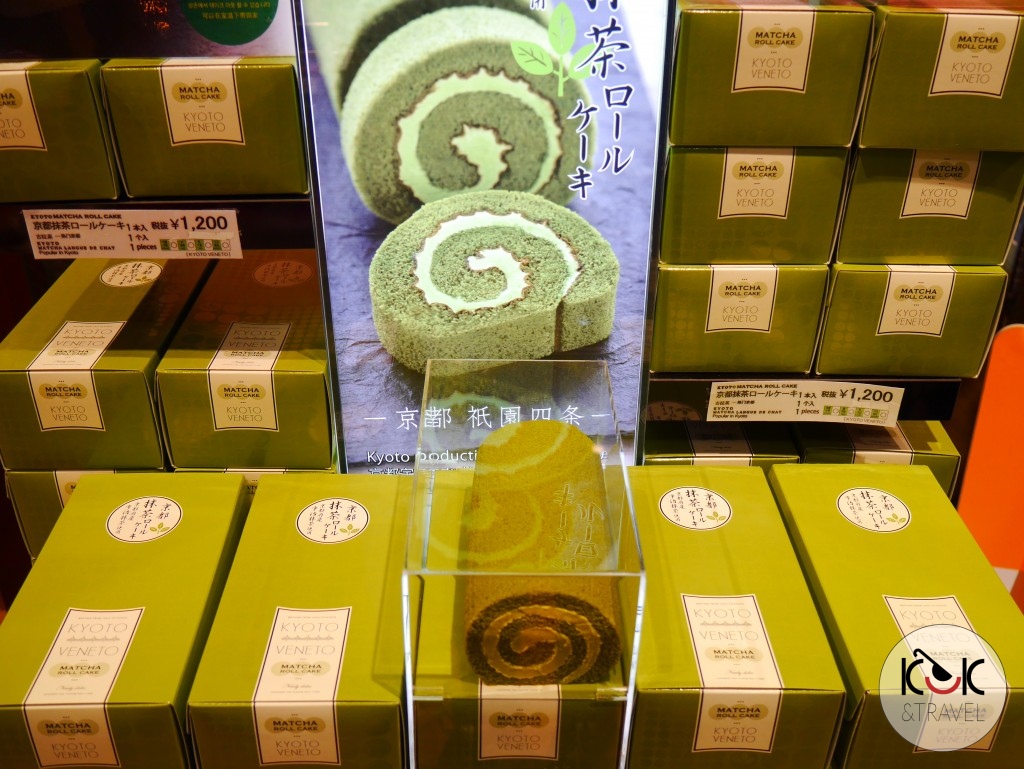 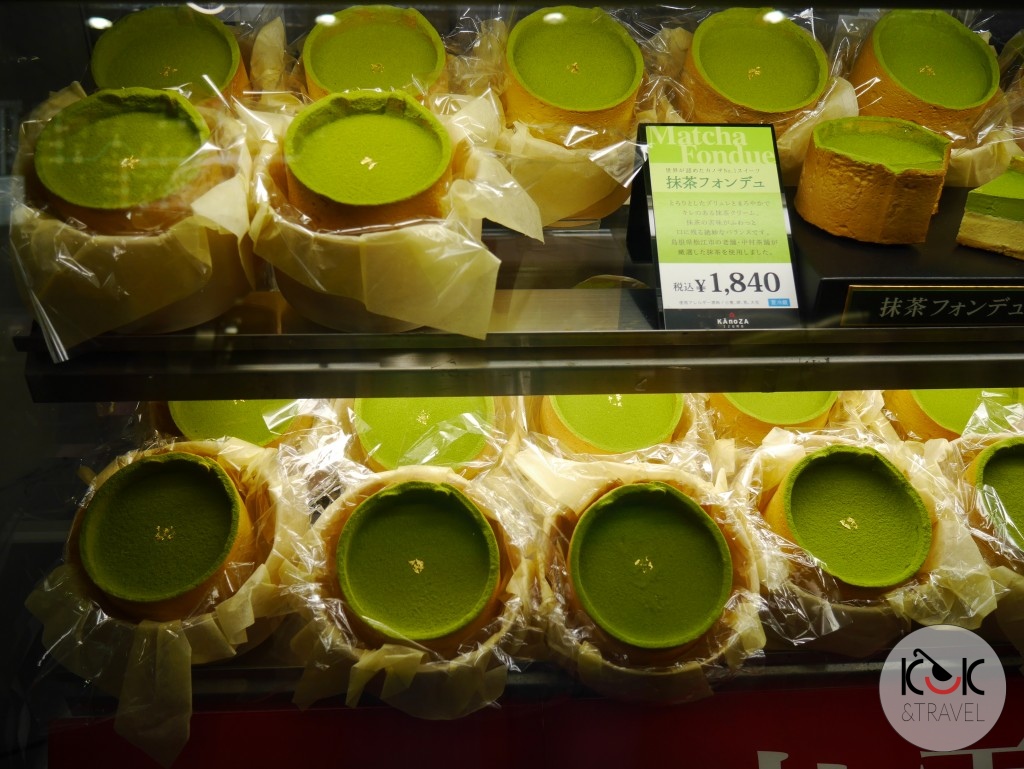 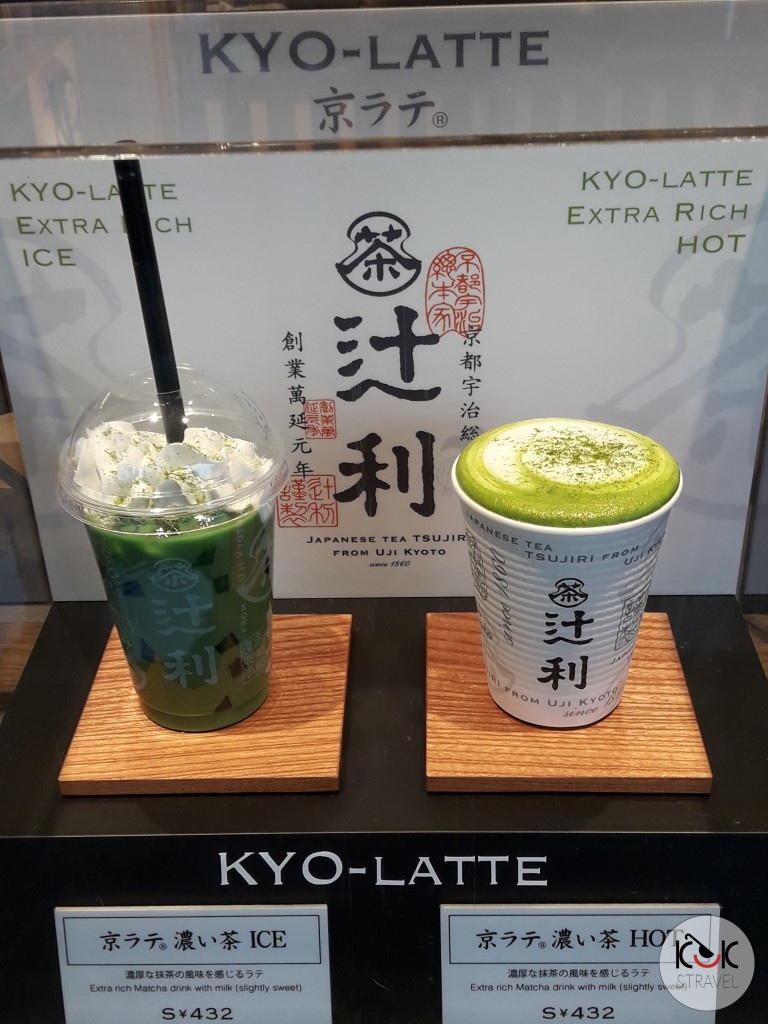 Of course you can encounter green tea beverages everywhere in Japan. They are close to bus stops, on train platforms, in hotels or in the street. A typical Japanese will not buy a bottle of Coke, it’s not their style. 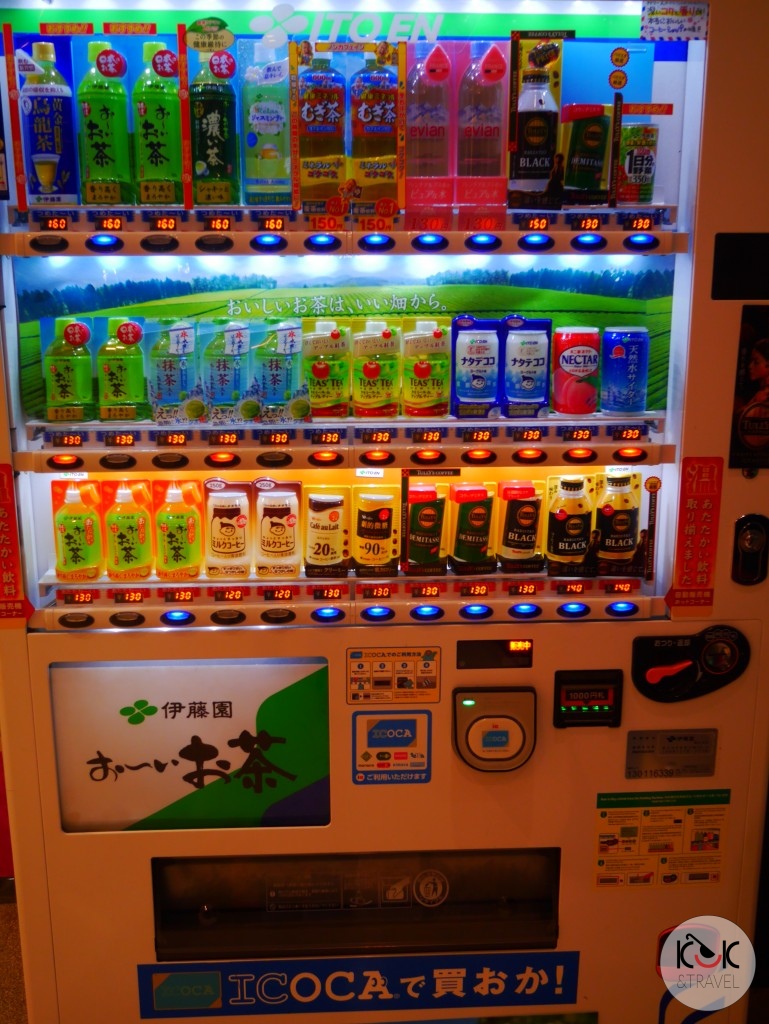 Some products, even though they have a green intense color, does not necessarily have a green tea ingredient. Mugwort (artemisia princeps), which is also used there mainly in desserts can be easily mistaken with green tea. It goes perfectly with strawberries: 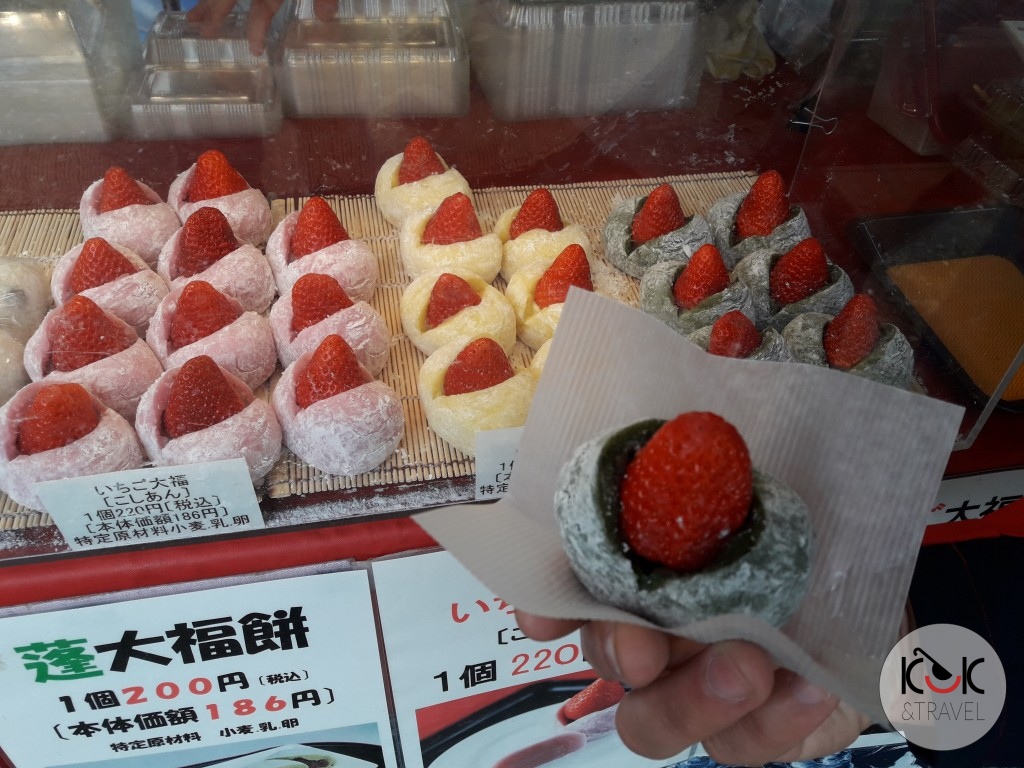 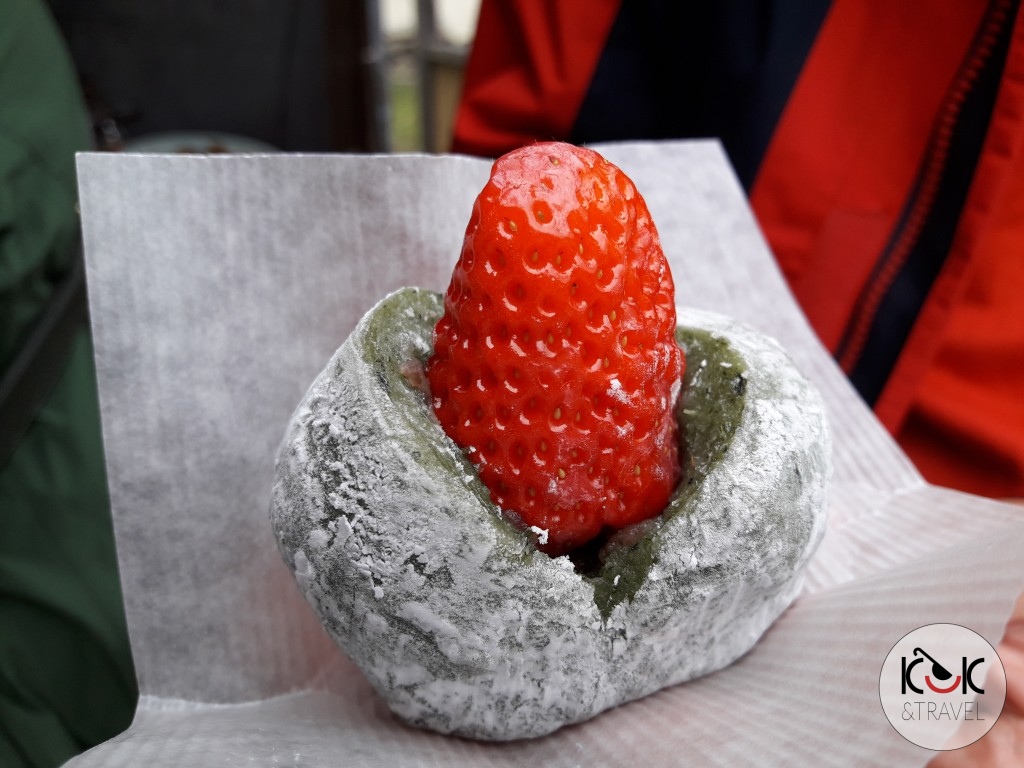 As you can see, the Japanese are totally obsessed with matcha, and we must admit that during our stay in Japan, it was also us who did not want to part with green tea flavour, not even for one day. 🙂 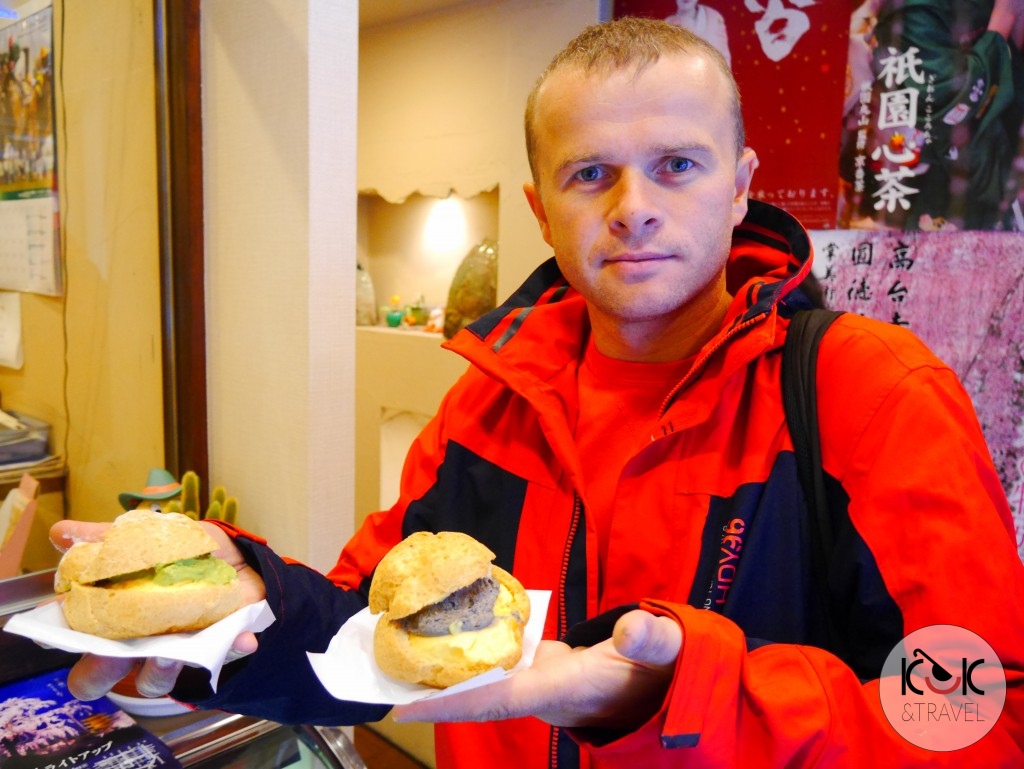 2 Replies to “Matcha & its widespread use in Japanese cuisine”